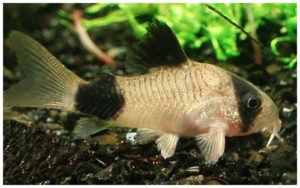 Corydoras, Punctatus or also known as the Armored Catfish. The Corydoras genus includes 145 species of freshwater fish belonging to the Callichthyidae family. These 145 species inhabit different South American environments from the Amazon basin to the freshest waters of southern Brazil and Argentina. The species that have long been known in aquarius are undoubtedly Corydoras Aeneus and Corydoras Paleatus.

All species of the genus Corydoras are characterized by a squat and compressed body at the sides, all of which are protected by a shell consisting of 2 rows of vertically arranged plaques. Its head is round and massive, with its muzzle a conical shape (the profile appears triangular): the mouth has 2 pairs of sensory beads on the sides, with the function of finding nutrition between the anfratts and the substrate. This operation is possible thanks to the presence of taste buds located on the beetles so that organic debris can be found edible also in waters with remarkable turbidity and the presence of muscle fibers that make them mobile, useful for digging, extracting worms and other organisms Plants and animals from the sandy bottom. The shape of the mouth also acts as anchoring (imitating a suction cup) in case of strong current. The dorsal fins and the pectorals are equipped with robust aculeus with defensive functions. The caudal fin is rather prickly, with a marginal margin and slightly engraved. 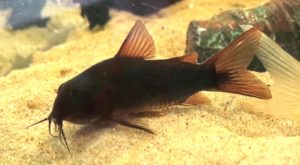 It is a fish that lives in a pack and should be introduced into aquariums in groups of at least 5-6 specimens, It is recommended to devote 15 liters to a specimen.
The best fund is sand, in fact, the Corydoras like “grufular” in the sand, and too much sand or, worse, sharp edges could damage the delicate beasts of these animals, which would risk dying of starvation. Only really important thing, a good amount of greenery, so we devote them very well-planted tanks.

There is not much dimorphism: the females appear slightly touched, they also have a rounded dorsal fin, unlike the males in which it appears slightly pointed. However, differences are not always appreciable with ease. It is a sheepfish, the female of the couple will deposit the eggs on the furnishings or on the bottom; Then they will be fertilized by the male. There is no parental care and therefore we recommend separating the parents.

It is omnivorous and feeds on small crustaceans, larvae, insects and other invertebrates present in vegetation and substratum as well as animal and vegetable debris. In the aquarium, you can also eat appetizers. 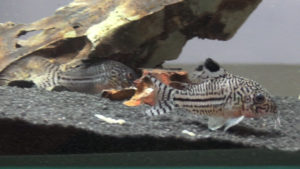